Spiritual Pajamas is proud to present the debut release of Light Fantastic.  The 12" EP will be released on Tuesday, June 25th.

The EP can be ordered at:


When we first met the man behind Light Fantastic, Terry Sowers was singing harmonies and playing guitar in the Farmer Dave Scher band. His introduction to the stage was a diving-head-first experience, playing alongside one of his musical heroes as support for acts like Jenny and Johnny and Conor Oberst. 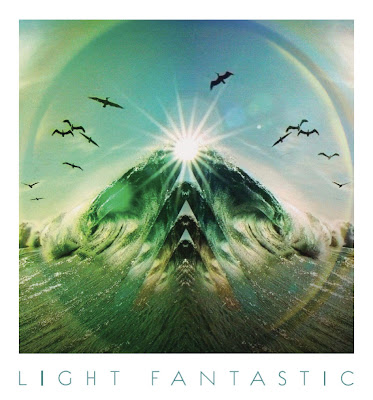 However, Sowers was also sitting on a treasure chest of his own songs, fine-tuning a sound he’d developed for years, mostly alone, in his Victorian apartment in San Francisco. Teaming up with Jeremy Bringetto (Vue, Bellavista, Tamaryn), the two worked this set of bedroom pop sketches into what can be described as a modern take on California -- as much Southern California as an expression of the Bay Area. This dreamy, surfy shoegaze views an age of innocence through the idyllic lens of reflection and personal nostalgia, like the pure, happy memories of a long-lost love. It’s no surprise that the songs’ author hails from the hot suburbs of Los Angeles and that his compositions string together a sincere sense of personal displacement and longing for home. When Sowers and Bringetto brought their song ideas to Rex Shelverton, who was in the midst of producing Tamaryn’s latest album, a strange but harmonious union was born of light and dark. Shelverton’s homegrown version of Phil Spector’s Wall of Sound was the perfect complement to songs that evoked Laurel Canyon, Carol Kaye and mid-’60s Brian Wilson California optimism.

The Light Fantastic EP is sunny, hopeful and dreamy, and even in its darkest moments, aims to uplift and offer good company. Though only four songs, it delves deep to tell the story of a protagonist’s journey through the seasons of life. As the complex opening keys of “Falling Through” fade in, it’s as if the sun is about to break through a thin layer of fog. And it does, as the rest of the band triumphantly kicks in with a set of pained and lovelorn tunes that channel Chris Bell and Alex Chilton via Jan and Dean -- a power pop delight as seen through the eyes of surf-crazed coastal dwellers. The EP closes with the sleepy, slow burn soul ballad of Skip Spence's "All Come to Meet Her", a song from Spence's infamous solo album Oar.

The 12" EP is being released digitally and physically in a limited edition pressing of 500 copies.
Newer Post Older Post Home