Spiritual Pajamas is honored to present this 2 track 7" of previously released, but long out of print Bert Jansch recordings.  Mastered exclusively for 7" vinyl by Paul Stubblebine and including liner notes edited from the transcript of an unpublished interview with Neil Young, as told to Sylvie Simmons.  This one time pressing is strictly limited to 1000 copies for Record Store Day Black Friday. 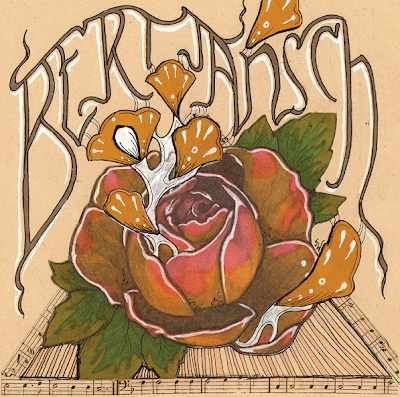 Bert Jansch, legendary songwriter and guitarist, is widely acknowledged as one of the most influential musicians of all time.  Since the mid-1960s, generation after generation has been held spellbound by his extraordinary ground-breaking acoustic guitar playing and classic emotive songs.  Jimmy Page, Neil Young, Nick Drake, Johnny Marr, Bernard Butler, Graham Coxon and Beth Orton have all been devotees, and further generations, including Pete Doherty and Laura Marling, are still discovering Jansch for themselves.

“At one point, I was absolutely obsessed with Bert Jansch.  When I first heard that LP [1965], I couldn’t believe it.  It was so far ahead of what everyone else was doing.  No one in America could touch that” – Jimmy Page

“He completely re-invented guitar playing and set a standard that is still unequaled today...without Bert Jansch, rock music as it developed in the ‘60s and ‘70s would have been very different.  You hear him in Nick Drake, Pete Townshend, Donovan, The Beatles, Jimmy Page and Neil Young.  There are people playing guitar who don’t even realise they’ve been influenced by him one step removed” – Johnny Marr

Side A - Blackwater Side (Trad., Arr. Bert Jansch)
Side B - Heartbreak Hotel (Axton, Durden, Presley)

The single is available for purchase at: